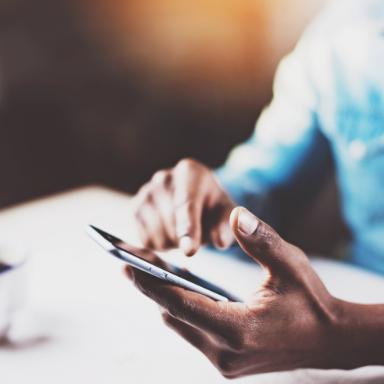 After a month… moving beyond IDFA (an update).

A few weeks ago, we published a blog post about the end of Apple’s IDFA ad identifier with the company’s iOS 14.5 update.

Now, a few weeks in, we want to provide you with an update regarding what we know so far.

According to data from global attribution leader AppsFlyer (from May 25th), four weeks into Apple’s enforcement of AppTrackingTransparency (ATT) framework, 16% of users have upgraded to iOS 14.5 (vs. 14% after week 2), and 18% of app developers have implemented it within their apps (vs. 17% in week 2). Based on data compiled by Mixpanel, which showed that iOS 14 reached 50% adoption within six weeks, iOS 14.5 appears to be on track for a slower adoption rate.

Data compiled by AppsFlyer shows that through May 25th, user’s agreeing to be tracked averages 35-40%, with the US being lower at 30%, and France relatively high at 50%. That said, AppsFlyer data does not include users who have previously enabled Limit Ad Tracking (LAT), so their percentages might be higher than what apps will experience. Indeed, data from marketing intelligence platform Singular (through May 20th) found that 30.49% of French and 16.13% of Americans who installed iOS 14.5 had granted apps tracking permission.

When to display the prompt for App Tracking?

The $64,000 question everyone is asking is when to display the prompt that enables users to opt-in or out of app tracking.

According to a blog post from AppsFlyer, showing the tracking prompt earlier helps an app’s optimization capabilities for new or returning users. That said, displaying the prompt later should result in a higher opt-in rate as new and returning users become more familiar with the value they are receiving from the app. And reputable and respected brands have an advantage based on the trust they’ve established over time. Ultimately, each app will need to run tests to determine the optimal time to display the tracking prompt.

Mobile measurement provider Adjust, now part of AppLovin, believes that the tracking changes in iOS 14 will emphasize the importance of A/B testing and deeper user understanding. For app marketers, creating a marketing strategy that includes personalization and communication will be critical. Therefore, automation and real-time measurement will be more important than ever to mobile marketers.

Is this impacting ad spend on iOS and Android?

Of course, it’s still early. As more iOS cell phones install iOS 14 and 14.5, and as marketers learn how to operate in a post-IDFA world, these percentages will undoubtedly change.

Feel free to reach out to CC for the latest updates on how to optimize your mobile marketing across all operating systems in our post-IDFA world.