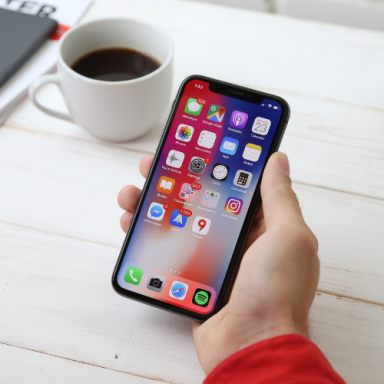 Because marketers are inherently optimistic people, we wanted to start our post with some positive marketing data from Asia, which was impacted by COVID-19 before Europe and the United States. According to social media marketing provider Socialbakers, in Eastern Asia, Social Ad CPMs in March returned to the levels from October 2019, reflecting a return to ‘business as usual’ in the region.

Though in-app CPMs have suffered during COVID-19, app installs most certainly have not, with many categories achieving records. One such category is Grocery Delivery Apps. According to independent app marketer research firm Apptopia, in March, grocery delivery apps Instacart, Walmart Grocery, and Shipt saw their daily app downloads surge by 218 percent, 160 percent, and 124 percent, respectively, compared to February levels.

If Grocery Delivery Apps benefitted during COVID-19, results were more mixed for food delivery apps. UberEats experienced a sales increase of 10% in mid-March from the week before, according to tech publication The Information, as well as a 30% increase in people signing for delivery, but other food delivery apps saw business decrease. Why? Because the combination of people spending more time at home near their kitchens and certain restaurants being closed due to supply chain problems hurt food delivery apps. Furthermore, the tremendous growth of food delivery apps had experienced since 2019 was no longer sustainable in these economically challenging times.

As a sign of the times, the food delivery app Just Eat disclosed a dramatic drop in traffic to its online platform at 8 pm one evening when people throughout the UK joined together from their windows, balconies, and front doors show appreciation for the doctors, nurses and other healthcare workers.

For grocery apps, now is the time to analyze user patterns in order to offer relevant recipe ideas (based on items frequently purchased) and other retention-focused content which will enable maintaining their newly acquired users. As people return to physical shopping in stores, apps should integrate marketing offers across channels to provide users with one unified experience.

For food delivery apps, as restaurants reopen and people return to work outside the home, this habit, which grew exponentially in 2019, will undoubtedly return. Apps need to retarget users based on old favorites. Therefore, reminding users of the tough financial times restaurants experienced as a result of COVID-19 will be an effective tactic to encourage users to support their favorite restaurants.

As an app marketer, are you looking for more high quality and revenue-generating users? Then reach out to CC to help scale your app business.

Beyond the breakout growth of video chatting and conferencing apps like Zoom and Houseparty, many users turned to social media during COVID-19. That’s why research from GlobalWebIndex surveying users in 13 countries found that almost 45% are devoting more time to social media, with Twitter and TikTok standing out.

Goldman Sachs analyst Heath Terry, who is bullish on Twitter, believes that the “acceleration in Twitter users… along with the pre-crisis acceleration in user growth and engagement driven by product investments, leave Twitter well-positioned to exit the crisis stronger than it entered it.” And Terry noted that in mid-March, Twitter app downloads averaged 42% higher than they did during the previous 10 weeks based on analysis of data from Sensor Tower.

The most downloaded app of Q1 2020 – as it was in Q4 2019 – is TikTok. With more and more people stuck at home, various hashtag trends have gone viral, like Charli D’Amelio’s #distancedance as well as #boredathome and #happyathome.

Here are two interesting social trends coming out of China that are worth watching, especially for E-commerce apps. The first is PinDuoDuo (PDD), China’s second-largest e-commerce company after Alibaba. Via PDD’s app, users can buy a product at full price or they can benefit from lower prices by inviting their friends via social media and creating a bulk purchasing team. The more users they sign-up, the greater the discount, which can be as high as 90% off the full price. By taking advantage of the more than one billion Chinese using the messaging app WeChat, which is owned by one of PDD’s main shareholders, PDD has succeeded in growing its business to become the #2 e-commerce business in China.

One live streaming e-commerce influencer worth checking out is Austin Li, “the lipstick king” with 22.1 million followers.

Instagram has rolled out Instagram Live, which enables e-commerce companies to live stream and engage with their users. According to Glossy, American Eagle posted 10 Instagram Live sessions in March and early April, working with influencers who answered follower questions or did DIY sessions like customizing a particular American Eagle accessory. More than 19 million have seen the live streams, and according to American Eagle, the company has experienced an over 100% increase in Instagram profile visits.

There are a lot of interesting lessons to be learned from social media usage during this period which can be applied by app marketers. First, the growth that Twitter and particularly TikTok are experiencing started before COVID-19 and will probably continue afterward. Second, by making commerce more social, e-commerce apps can increase its virility, and ultimately, engagement and sales.

As an app marketer, do you want to make M-commerce a bigger part of your business? Contact CC and let us show you how we can work together to increase your app’s commerce revenue.

2020 was already going to be the year of the streaming wars after the November 2019 launch of Disney+, the first serious competitor to Netflix, coupled with 2020 launches of Quibi (April 6th) and HBO MAX (May 27th).

And then COVID-19 hit, keeping people in their homes seeking entertainment in a world with no live sports, theater, movies or concerts.

Research from mobile attribution provider Adjust mentioned that ‘installs of entertainment apps tell the clearest story of where the app economy is headed in the age of the coronavirus, with entertainment app downloads trending 55% above where they were last year.

Through April, the leader in the streaming wars has been Disney+, which surpassed 50 million subscribers earlier that month only five months after launching in only 19 countries in North America, Western Europe, India, Australia, and New Zealand. That’s not far off the company’s 60-90 million user goal set for 2024 – four years away. This would be any app marketer’s dream.

By comparison, Netflix which launched its streaming service in 2007 and premiered its first Netflix-produced series, House of Cards, in 2013, has 182 million paid subscribers globally and 69 million in the US as of April 2020, adding 16 million subscribers in Q1 2020.

According to Apptopia, COVID-19 is transforming both streaming behavior and media, with streaming sessions increasing by 30.7% in March.

Research from Credit Suisse analyst Douglas Mitchelson found that Hong Kong and South Korea, two of the streaming markets outside of China most affected by COVID-19, experienced spikes in Netflix usage.  “The data in both Hong Kong and Korea presents a strong case Netflix is seeing increased demand, as first-time app downloads inflected positively starting in January and continuing into March,” said Mitchelson. He added that the data is indicative of the viewing habits of new customers – not existing ones – with downloads in Hong Kong having doubled since January 1st and increased by 33% in South Korea. Italy and Spain experienced similar patterns, with downloads up 100% in Italy and 50% in Spain compared with early February.

Quibi, the well-funded short-form mobile video platform run by famed Disney executive Jeffrey Katzenberg, launched on April 6th and hit 2.7M downloads on April 21st, lower than expected given the apps’ 90 days free usage and the quality of the content which is completely original. If Netflix and Disney+, as app marketers, benefitted from COVID-19, Quibi might have been hurt by the pandemic because its short-form content is intended for short viewing sessions such as commutes to work.

Though the streaming wars certainly prove that ‘content is king’, marketing and the brand name definitely matter as Disney and Netflix benefit from decades and years of quality original content. But as the research above showed, that quality content needs to be marketed through a comprehensive customer engagement strategy. So content might be king, but marketing is queen. And we all know who rules, both in England and when growing your business.

As creative app marketers, we’re in the business of growing your business. We invite you to contact CC to work together and find the right channels and programs to propel your business forward.