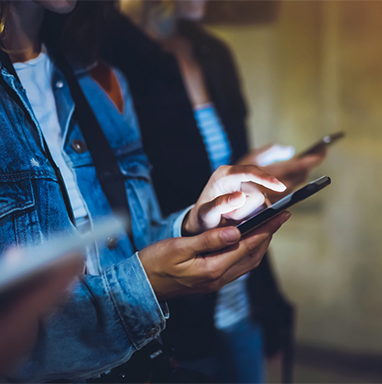 So what does this mean for mobile marketers/app developers?

The big change is with attribution based on the privacy-friendly targeting for iOS users who don’t opt-in to tracking.

With IDFA, mobile marketers had complete data regarding a user’s event history after they clicked on an ad via the Mobile Measurement Platform (AppsFlyer, Adjust, Kochava, etc.). Now, mobile marketers will receive anonymized data based on assigned conversion values within a 24-hour time limit. App developers define conversion models to predict user performance. For example, 0 is for an app install (the '0' value for an install is defined by Apple). Then, 1 when the user adds a product to a shopping cart or reaches level 5 in a game. Every time a user reaches one of the defined conversion values in the conversion model, a 24-hour timer begins. If no other defined conversion events occur during that 24-hour period, that user’s anonymized conversion value will be communicated.

Over time, we’ll understand what are the best tactics for conversion optimization and what impact they’ll have on marketing conversions.

Mobile attribution provider AppsFlyer recently analyzed user responses to the new IDFA prompt from more than 13.2 million exposures. The company’s data showed that 41% of users allowed app tracking. Though analysts believe that 41% is higher than the amount that will actually opt-in, there is some reason to be optimistic.

In addition, Creative Clicks is running tests to ensure readiness to support all campaigns on iOS for the day that IDFA is no longer available.

And how can you prepare for this change?

First, app developers have some control over the opt-in message. App developers should use texts that appear directly before users are exposed to the following screen encouraging them to allow tracking. Texts like ‘Opt-in now so you won’t be bothered by irrelevant ads in the future’ will help. For users that click ‘Allow Tracking’, app developers will receive the same data which they currently do via IDFA.

The more users that allow tracking, the less this change will be felt.

What about app targeting on iOS?

There are several app targeting solutions that we’re testing for clients. Contextual targeting – where ad creative/offers are targeted based on the content around which they appear – is a trend that has been growing since the rollout of GDPR, and will continue to gain traction following the changes that Apple is implementing.

Other tactics including using email addresses and phone numbers for existing users as a way to retarget/re-engage with inactive users, and relying on historical data acquired while targeting iOS users.

Ultimately, time will tell how many users don’t opt in and which tactics will be most effective. That’s why we’re testing a range of solutions at CC.

If you have any questions OR would like clarification on anything regarding iOS 14, feel free to reach out to Creative Clicks.