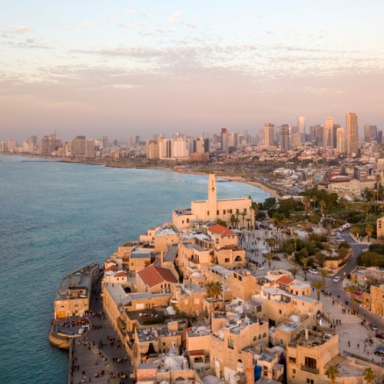 Two values that make up the DNA of Creative Clicks are entrepreneurship and marketing innovation.

That’s why we were so excited to add our Israeli team to the company a few years ago.

Israelis have been innovators in digital marketing since the rise of Google in the early 2000s, thanks to ad-tech entrepreneurs like Eyeblaster (which became Sizmek, today owned by Amazon) and Quigo. These companies helped build a local ad tech ecosystem that has continued to innovate thanks to companies including Kontera, Innovid, Outbrain, Taboola, eXelate, Perion, Kenshoo, AppsFlyer, Datorama, ironSource, Dynamic Yield, Eko, YouAppi, Zoomd, Ubimo, Appreciate and Natural Intelligence.

Marketing tech A to Z

From mobile to AR/VR to desktop, from audio to video, from the supply side to the demand side, it’s pretty hard to build a marketing stack without a lot of Israeli ad technology.

Though Hebrew might be the native language, modern Israel was founded less than a hundred years ago, making the country a nation of immigrants – people who have learned to improvise to survive in their new home in the desert with very few natural resources beyond the 350+ days a year with sunshine (one natural resource which the Amsterdam team is quite jealous of).

We speak your language

As a nation of immigrants from Europe, North and South America, Asia, and Africa, Israelis speak multiple languages and have experienced various cultures from home. And while in school, most Israelis are required to learn Hebrew, as well as English and Arabic. This explains why Creative Clicks’ Israel team speaks German, Russian, Polish, Romanian, Arabic, Spanish, and a few other languages. These language skills enable our Israel team to support clients in almost every global market. They’re ready to support your next campaign.

Since acquiring our Israel team, many employees from Creative Clicks have traveled to Tel Aviv to get to know our local team. Though the country is multicultural with fine European and Asian restaurants, there is nothing better than eating the local hummus with falafel, tahini, beans, spices, and salads.

Our Tel Aviv office is a part of Creative Clicks’ global team in Europe, the Middle East, Asia, and the Americas ready to service your business, 24/7/365.

Can we show you how the marketing innovation and entrepreneurial spirit of Creative Clicks’ Global team can improve the KPIs for your next campaign?