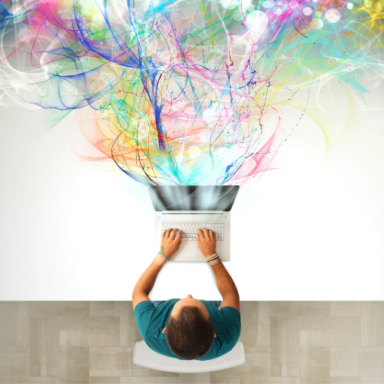 Getting Creative Outside the Duopoly in Digital Advertising

As we all find ourselves in our houses, locked down and bored, you may be searching your closet for some old dusty board game to entertain your family. There’s one that has found its way into many homes, the classic fun-loving, family dividing game of Monopoly. A game intended to crush opponents through an iron grasp over the fictitious real estate market. What not many realize, is that the game was founded by Lizzie Magie an early 20th century feminist, who aimed to show every-day families about the harmful nature of a monopoly.

While monopolies often leave competitors scavenging for opportunities, duopolies are not much better. Currently, there is a duopoly in digital advertising as Google and Facebook control about 60% of the online advertising market. This control of the market amounts to $176 billion, which is a 22% growth up from the previous year.

If you find yourself demoralized by the duopoly’s behemoth grasp over the market, realize you are not the only one. If you are trying to scale businesses, it would be foolish to avoid these advertising giants entirely. Creative Clicks even helps companies scaling on Google and Facebook, but there is much more to explore outside these two giants. Creative Clicks can help!

"Google and Facebook control about 60% of the online advertising market."

So what are some opportunities for growth outside of the duopoly in digital advertising?

Google’s rise to the world’s largest digital advertising company has been seamless. A large part of this is due to the data they collect by owning the world’s largest search engine. So every time you Google a pair of shoes or the best vacation spot of 2020, Google is watching. However, embracing programmatic advertising really set them apart.

What is programmatic advertising?

Without all the data and advertising jargon, it is buying advertisements in real-time. It is computers that use data to decide what to buy and how much it should cost. Essentially what it boils down to is machine learning. Your computers are learning from those browsing the web and then offering ads that fit their needs and wants.

Now to do it right, it typically takes some time. It could be weeks or months, but in the long run, after collecting enough data, you are able to offer more personalized ads to potential customers. Then it’s like having a customer service agent who is following customers around the web offering them services based upon what they’ve shown interest in.

While it may sound like the perfect solution to avoiding big business, the time aspect really can be frustrating. Oftentimes referred to as a black box, with programmatic advertising you never truly know what data you’re going to collect. Sometimes it’s relevant, sometimes it’s not, but eventually, there will be enough useful data. In the meantime, stay patient and trust the process.

Bob Arnold, Global Digital Strategy Lead at Google, referred to programmatic advertising as “the most cost effective way to buy media”. It would be wise to take the advice of a key member of the duopoly in digital advertising, who was giving advice on how to succeed without them. So although it may take some time to really start paying off, eventually this strategy will show advertisers the leads.

Creative Clicks owns and operates a proprietary network of websites to reach and engage consumers while capturing self-declared insights.

Users have consented to be marketed through the following channel: Email

Programmatic may be cost-effective, but SDK traffic can be effective for mobile apps. What is SDK? To put it simply, it is an acronym for a software development kit and is used to create mobile apps. The traffic portion of it is in app-advertisements, in which an app user will receive an advertisement based on data.

Like Programmatic, Creative Clicks also utilizes SDK traffic. Creative Clicks brokers SDK traffic between publishers and advertisers. This is a huge opportunity for scaling campaigns but requires machine learning and manual optimization to use optimally.

Amazon Could Threaten the Duopoly in Digital Advertising with a Triopoly

Amazon has become the world’s largest e-commerce retailer and other retailers aren’t even close. By the end of 2018, they had more than $77 billion in net earnings. To put this into perspective, that’s $16 billion more than second-place company JD. It is also around  $51 billion more than fellow US company Apple, which sits comfortably in third place

As big as they continue to grow as a retailer, they are also growing rapidly in the online advertising world. While their 9% share of the market does not seem threatening, it’s really Amazon’s growth that makes them a threat. In 2019 alone, they grew leaps and bounds, topping off at 50% by the end of the year. If they continue to experience this type of growth, and Google or Facebook have some down years, we could be looking at a new king of digital advertising.

But there is a reason for their rapid growth and it’s something to consider when looking to scale your business. Amazon had over 150 million shoppers in 2019, whom they have buckets and buckets of data on. They know what they’ve been buying, what they want to buy, and most importantly, what ads to offer them. So when you calculate the 2.5 million active sellers who offer their products and services on the marketplace, it becomes easy to sell advertising.

In short, Amazon’s ad space is becoming highly sought after and it could pay off in the long run to partner with them. While the marketplace’s sellers advertise with them because it offers convenience, non-endemic advertisers look to partner with them due to the prevalence of their data in shopping behaviors.

Looking to steer away from the duopoly, the potential triopoly, or really any opolies, sometimes it can be best to look for something new and creative. Partnering with something that is changing or disrupting current trends can be a great way to access a broader target audience.

While there are plenty of new and exciting companies, there are none quite like the 2019 most downloaded app, TikTok. It has yet to be seen whether or not TikTok will be around for the long run or fade away into Vine territory, it’s a major game-changer. Since the beginning of 2019, they’ve had over 100 million downloads. This number puts them over 1 billion downloads since their creation 4 years ago.

Why should you look to TikTok for advertising?

Well, first of all, they are new and exciting. But along with this hype, is their creative ways of advertising. Their most popular way of advertising is Brand Take over, which is a bit more traditional and similar to the full-screen ads on Instagram. But when it comes to creativity, their option for Hashtag Challenges takes the cake. It consists of a sponsored video with a hashtag that challenges others to create the best content. So each time users create videos for the challenge, they also include the hashtag.

While TikTok’s creativity and innovation are tempting means of luring in the younger innovative generations, it’s not the biggest reason why partnering with them could be a hot trend. That lies in the ability to scale across all markets. This is because TikTok has access to the largest market which neither Google nor Facebook does, the Chinese market. This not only makes them appealing but with the right partnerships, they could start to make their mark in the digital advertising world.

Creative Clicks realized the opportunity TikTok presented and quickly acted in creating a shared partnership. By working together, advertising can hopefully be optimized for the world’s fastest-growing app.

The Future Of The Duopoly in Digital Advertising

When the Romans built the biggest empire the world had ever seen, their rule seemed endless. But after the death of their leader, Julius Caesar, chaos ensued in Rome and eventually, the empire crumbled.

While it’s highly unlikely that someone inside Google and Facebook is plotting their betrayal, at one point or another, they too will experience some sort of fall from grace. Amazon, Snap, TikTok, Walmart, and even the democratization of data offer some sort of threat to their reign of the empire.

So as they sit comfortably upon their throne of digital advertising hierarchy, their competitors are plotting, planning, and innovating.