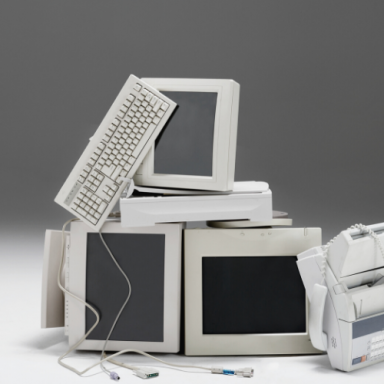 You know that saying, “Time flies”? We tend to only really feel it when we’re late to a meeting, but how often do you stop and look back at what’s actually happened over longer periods of time? Feel the hit of nostalgia slap you in the face when you think about the last time you went to a store and bought a CD.

This is even after doing the Instagram #10yearchallenge recently…

Looking back, some amazing things have happened since Creative Clicks opened its doors 10 years ago! Let’s start our journey:

To kick off our nostalgia trip, let’s talk about Netflix. At the end of 2009, they had 12 million subscribers. They now have more than 10 times that at 180 million. How many more of us would be going completely stir crazy in these corona lockdown times without our beloved Netflix?!

They essentially became the launch pad for other companies like Hulu and eventually Spotify, but it also aided the technology to be used for every user to live stream. YouTube’s first live stream was in 2008 and today, over 500 hours of video are uploaded to the platform every minute!

Video and live streaming is a very powerful tool, both for business and fun alike. People now watch an average of 16 hours of online video per week. And on Facebook, one in five videos is now a live broadcast.

While the very first podcast was technically created in 2001 by the BBC, the first upload to an iPod was in 2004. Its rise, however, didn’t really come around until about 2008 when 19% of internet users had downloaded a podcast.

The Podcast Awards began in 2005 with 16 categories. In 2010, the winner of the People’s Choice was Tell ‘em Steve Dave! The 2009 and 2019 winners, however, were both about fantasy football: ESPN Fantasy Focus Football and The Fantasy Footballers respectively. What did we ever do without random facts, conversations/interviews, comedy, career tips and so much more via a touch of a button on our phones?

Today, there are over 800,000 active podcasts and over 30 million episodes available worldwide!

We owe all of our hashtag love and admiration to Chris Messina, a former Google employee who realized the techies had something going with their usage of it. In 2007, he sparked usage for the hashtag to help track, find, search, and utilize easily, all with one symbol.

Twitter adopted it in 2009 by linking them on the main page for users, and the usage skyrocketed. Other social media platforms then followed suit as its usage increased across ages and companies, resulting in our regular (and occasional over-)usage.

Speaking of hashtags, where would Influencers be without the way we find them? The first known Instagram Influencer, Caroline Calloway, had ‘only’ 850,000 followers in 2018, but she started in 2012. Once the platform gained some speed in the market, companies jumped on board and the numbers proved its worth.

Did you know that 10 years ago the iPhone 3G was the most popular device? It just so happens, that same year (2010), Facetime AND the first iPad launched. Our phone usage has also massively increased (likely due to technological improvements). In 2011 we spent an average of 32 minutes on mobile devices, and 132 minutes in 2019 (Statista).

Former employees of Yahoo (talk about nostalgia) -Brian Acton and Jan Koum – launched WhatsApp just the year before in 2009 on iPhone and in 2010 on Android. Now, there isn’t a soul in Europe with a phone that doesn’t have WhatsApp. In fact, they are now at 1.6 billion – with a B – users in these 10 years and counting beating out Facebook messenger with 1.3 billion.

Speaking of Facebook, Marketers have long since been looking for new and improved ways to reach their audiences. In 2008, Facebook launched ‘Pages’ allowing companies to join the platform, thus preparing the setup for their continually improving Ad Manager tool.

In 2010, however, the mobile app launched! At this point, they had 600 million users and the mobile app only inflated their usage numbers. Today, they have 2.5 Billion!

While there have been many different electric cars over the decades, it wasn’t on most people’s radar until 2008 when Elon Musk launched his historic Tesla. Yes, the Prius had been distributed globally since 2000, but the Tesla made it luxury status.

The Nissan Leaf then decided it was time to release globally in 2010 and became even more popular than the Tesla due to its price. This increase didn’t stop there, today, sales are increasing year over year, in fact by 151% this January, in Europe last year.

It’s hard to believe that Instagram (Oct 2010), Snapchat (May 2012), or Pinterest (Jan 2010) didn’t exist just over 10 years ago. With users in all of the major players currently in the billions (except Twitter with 360 million), it’s more and more popular every day.

YouTube became known and increasingly more popular starting in 2005, but you couldn’t advertise until 2010. The currently VITAL Zoom platform was also not created until 2011, so thank Buddha this corona virus didn’t hit before then!

In 2008-2009, the Great Recession caused 2.6 million layoffs in the US alone, leaving former employees to find new sources of income.

As technology continued to improve, both companies and freelancers found more and more ways to work and hire remotely. With companies looking for new ways to save money after the recession, and people looking to make money but still travel and live a more balanced life, the gig economy grew very quickly.

What would we do without our beloved Google shared docs?! How much more difficult was it just 10 years ago to send anything digitally?

While launched in 2008, it was only released and marketed to developers at first, for a small amount of data storage in order to help them get feedback to improve upon the platform. They officially launched to the public in 2011 and the rest is history.

It’s obvious that technology and our lives have advanced, and it’s fun to feel the nostalgia of the past. But the exciting part is where it will take us next!