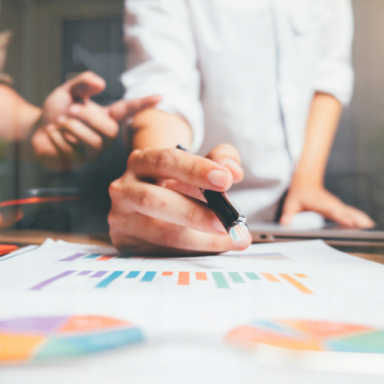 If you are familiar with the key differences between CPI (cost per impressions) and CPA (cost per action) then, you should take some measurements to convert from CPI and CPA. CPI and CPA are two of the fundamental metrics or pricing models responsible for evaluating the price to pay for an online marketing campaign. In today’s digital world, if you have an online business, you should focus on improving the results of your online marketing campaign efforts. This article discusses why and how you can switch from CPI to CPA to experiment with ways to succeed on the internet.

Difference between CPI and CPA:

This section discusses the difference between the cost per installations/impressions and cost per action/acquisition. Before advertisers consider switching from one pricing module to another pricing model, they should evaluate and compare the key differences between CPI and CPA to determine which method would work the best for their online business.

What is and why use CPI?

If a campaign is created in correspondence to cost per installation, then the advertiser will be responsible to pay when a user installs an app to their smartphone. However, the number of new apps on any app store (PlayStore or Apple Store) has skyrocketed considerably over the years, and several mobile app developers are continuously developing and launching in the app store. This has urged the developers to look for users who would download and install the apps to their smartphones, and the advertisers to promise the developers an amount that they would get paid when the users install the software or the app to their phone.

With CPI, an advertiser would be excluded from paying for impressions or leads. CPI works as a targeted ad, and it requires the advertisers to pay when a user installs the app and not when an action is taken. With the number of apps on the internet, if a user installs one of the apps after accessing a targeted ad, the creator of the ad campaign would be required to pay after the app has been installed.

CPI is an effective advertising tool as the creator of the campaign would only pay when the users install the app being promoted. However, while CPI might have its share of benefits and advantages, it is considered an expensive type of advertising campaign. In fact, the ad would be promoted to millions of users but, the advertiser wouldn’t benefit until a user is adamant about accessing the app through the ad and install it to their smartphone.

What is & How does CPA work?

CPA, known as cost per acquisition or cost per action, makes a counterpart of CPI, and it is becoming one of the most effective pricing models in mobile advertisement. CPA refers to the total cost that is invested when a user takes an action on the app. It is one of the most effective tools for advertisers, and it is known to be more efficient than CPM, CPC, and CPL. In fact, an advertiser would be only required to pay for the successful acquisition.

CPA is becoming one of the most sought-out pricing models, and it is inclusive of elements such as; email marketing, SEM, SEO, Google AdWord, banners in blog content, and CRO which allows an advertiser to profit from their advertising efforts. While CPA is costly and it requires better research in comparison to CPI, it is regarded as an efficient way to ensure the success of apps, and it provides excellent ROI for the campaign runner, the advertisers, and the mobile apps developers as well.

Why shift from CPI to CPA?

Now, we barely come across any pioneering advertiser who indulges in non-controlled campaigns to further its online marketing campaigns. Advertisers have adapted controlled variables into their campaigns for securing better outcomes. With the advancements made in the industry, the leading advertisers have started imposing specific metrics and advertising strategies to meet several demands and this has enabled them to make a shift from CPI to CPA.

There is a need to address the differences and to recognize the benefits offered by both pricing models, and businesses should weigh in the factors that would attribute towards finding feasible outcomes eventually. Given the history of mobile user acquisition, the advertisers have started opting for options that allow them to utilize their budget for delivering profitable and tangible outcomes.

In this context, CPA advertisement makes a perfect option for them due to the fact that it charges the advertiser when a user has completed a specific action using the app. The CPA pricing model enables the advertisers to pay for the action taken by a consumer as a component of the quantifiable consumer engagement. On other hand, if a user simply downloads an app or many apps to their smartphone and does not use any of the apps, then it wouldn’t bring any benefit to the advertiser or mobile app developer in the long run.

Switching from CPI to CPA is one way to ensure success, to allow advertisers to expand the reach of their campaigning efforts, and to earn a better ROI in the long run.

Let’s have a look at the top benefits of CPA:

A majority of advertisers have started making amends to their online marketing campaigns and have reported successful and profitable outcomes. Their KPIs have become more restrictive and specific, thus requiring businesses to adopt a pricing model that would help them acquire positive outcomes: switching from CPI to CPA.

If you are looking to switch from CPI to CPA, you can reach out to us.