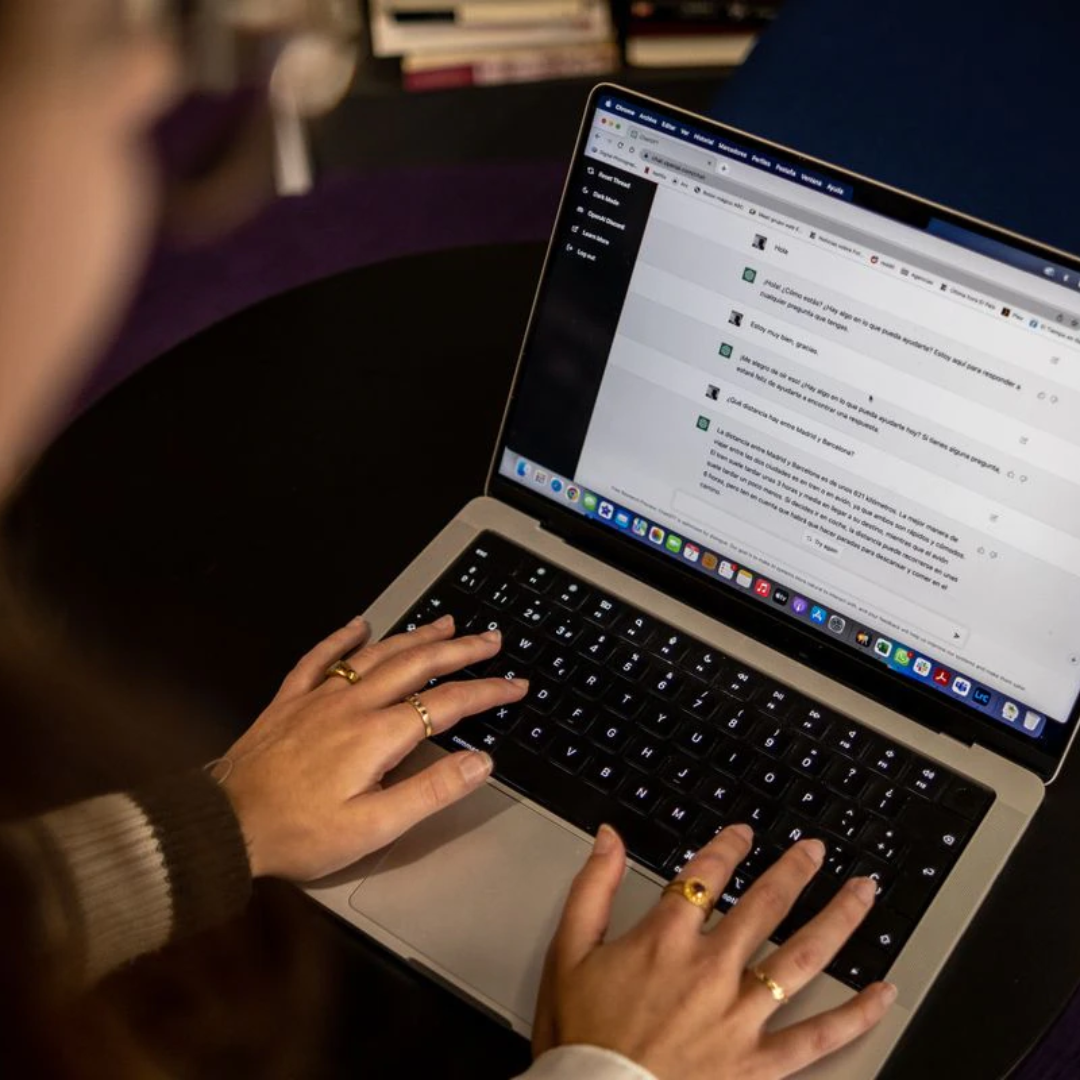 One of the most buzzed about topics in digital marketing recently has been OpenAI’s ChatGPT chatbot.

Many in the industry have wondered about the impact ChatGPT will have on content marketing. If a marketer can query ‘write a 500-word blog post about AI in marketing’ in ChatGPT, do we really need so many content writing people?

Others have speculated what impact ChatGPT will have on Google. After all, it’s easier to type a query in natural language.

ChatGPT on ChatGPT vs. Google

To address this issue, we decided to go straight to the horse’s mouth. We asked ChatGPT to write a 600-800-word blog post about its impact on Google. Here’s the final paragraph from that query:

Overall, the impact of ChatGPT on Google will likely depend on how the technology is used and integrated into existing search and messaging systems. Without more information about the specific features and capabilities of ChatGPT, it is difficult to accurately predict its potential impact on Google.

Though ChatGPT isn’t a web browser and it can’t scan the Internet, like Google does, it excels at sharing information in a conversational manner. ChatGPT is able to provide arguments and opinions in ways that Google can’t, which will be valuable to many users. People searching for quick answers might prefer the direct and conversational answer from ChatGPT versus 10 links on a page via Google to click and keep reading to get the answer to the query.

That said, others are more skeptical. According to MarketingWeek columnist Mark Ritson, ChatGPT won’t be a threat to Google because it’s not a product or service but a tool that can be used to enhance other products or services. “Think of it as a component rather than a competitor,” Ritson wrote.

Furthermore, according to Ritson, ChatGPT is subject to the constraints of being a machine learning model. It occasionally provides incoherent responses and doesn’t have the range or depth of Google’s search engine.

Finally, Ritson reminds readers that few global brands have the greater than 90% market share that Google enjoys. That’s a barrier that will be very difficult for anyone to overcome.

Earlier this year, Google’s own chatbot, called LaMDA, was in the news when Google software engineer Blake Lemoine testing LaMDA claimed that it was sentient – able to perceive or feel things. Since then, others at Google have denied that LaMDA is sentient. But it’s clear that Google has developed chatbot technology to rival ChatGPT. In addition, Alphabet, Google’s parent company, has an AI subsidiary called Deepmind. Deepmind recently launched a tool known as Dramatron, which enables writing advanced software code. Google Research and DeepMind recently introduced MedPaLM, an open-sourced large language model for medical purposes. It is benchmarked on MultiMedQA, a newly introduced open-source medical question-answering benchmark.

So with its own chatbot technology, when can we expect to see LaMDA integrated with Google search? Maybe never. First, as is the case with chatbots, the information presented as responses to queries isn’t always correct. As the dominant and market-leading search engine, Google doesn’t want to take the risk of making mistakes. Second, Google Search generates close to 60% of the company’s total revenue. (In Q4 2021, Google generated revenue of $75.3 billion of which $43.3 billion was from Search.) With such a cash cow and no easy ad model like with Search, does Google really want to take the risk?

Maybe, at some point in the future, Google will be forced to integrate chatbot functionality into its Search offering, but not today.

While we’re talking about chatbots

Maybe we won’t be using chatbots for search, but marketers have other uses for chatbot technology. And a crop of new tech startups have been founded to help marketers use AI technology to save time and resources. Solutions worth evaluating include Jasper and Copy.ai for copywriting, Lavender for sales emails, Nyle to create product descriptions and Surfer for seo-optimized content.

Do you have questions about using AI technology in marketing? If so, reach out to Creative Clicks today and let our technology experts help you use the latest technology to optimize your performance marketing.