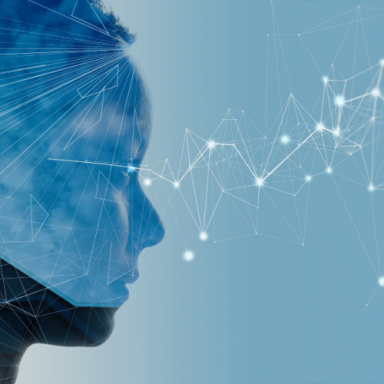 If you are following us, you already know that in honor of International Women’s Day 2020, we’ve decided to interview five women amongst our Amsterdam and Tel Aviv teams. We asked them a few questions about their experience working in the digital and ad tech industry in this day and age.

Our aim was to tell the stories of successful women who have worked and grown in this industry with the hope of inspiring future generations of young women. Moreover, we wanted to represent the gender shift that is currently happening in the industry. In fact, if initially mostly dominated by men, now the digital and ad tech world is opening more and more to women, thus tightening the gender gap.

In the interview with Linda Van Liempt, Director of Operations, which you can read in the first part, we touched topics such as the importance of women supporting women. We also discussed the diatribe family vs career, in the interview with Adi Kachanes, Senior Account Manager.

In this second part, we are happy to introduce you other three members of our international team: Sharon, Solya and Sofia. If you want to know more about their stories and their experience as women in digital and ad tech, keep reading.

Aim High and Believe in Your Abilities

Sharon Gil manages Creative Click’s Native and Display activities in Israel as well as oversees campaigns and advertising with clients. She’s 33 and has two children with her partner. She has a long history of education, including an MBA in Business Administration.

When asked why she decided to work in digital marketing and the ad tech industry Sharon said:

I saw an opportunity to be a part of the future, a place filled with opportunities for learning, career growth, and fulfillment. I’ve enjoyed learning along the way; going through challenges helped me discover so many new things. It was this enthusiasm for learning that has led me to where I am now as a woman in ad tech.

With respect to working in an often male-dominated field, this is how she feels:

I never second-guessed my position in the field. On a whole, this does not intimidate me, nor does it impede me from doing my job. I have not found it to be much of a challenge.

Regardless, I do admit that there definitely are some places where, being a woman in ad tech, I have to push harder in order to be successful. I advise other women in this or any other industry where they are a minority, to counter this by being confident in their own skills and capabilities and to use that as an advantage.

What the future of women in digital and ad tech looks like according to Sharon:

The future of women in this field is bright.The world is changing, and so more women know their worth and are not afraid to pursue their ambition. With this,I must reiterate my point for women to confidently push their skills and capabilities to the forefront of everything that they do. Aim high for your goals and believe in your abilities.

When we asked Sharon what her biggest career success is, she said:

My biggest success has to do with my work/home life balance. My twins were born 11 months ago, but I still continued to grow my career at the same pace as before I had kids. Learning the balance between home life and career, without sacrificing either one was a huge accomplishment for me.

Solomiya Luchechko, better known as Solya, is a Business Intelligence Analyst at Creative Clicks Amsterdam. As an Analyst in the BI team, she is responsible for maintaining and optimizing the company’s data warehouse and reporting environment that is used to support the business in the decision-making process and daily operations.

She’s been working with us for a bit over three and a half years. She joined Creative Clicks straight out of college, with a fresh bachelor’s

degree. Solya said that a career in ad tech was extremely attractive to her because of the flexibility in experience and knowledge that it would lend her and her future career.

When asked Solya how she felt when entering a field mostly dominated by men, she said:

It can be intimidating, but once I started working, I encountered a lot of support, respect, and trust so it made me feel confident. This brings me to my next point, digital and ad tech is transforming into a more inclusive space for women. As someone at the beginning of her career, I hope to see this progress continue and that more and more women will enter this world. It’s important for younger generations, like my own, to see this for motivation and inspiration. We are in the right direction when it comes to closing the gender gap in ad tech.

When asked about her greatest success and learning she said:

My biggest success is probably the growth I made as a professional over these 3.5 years. I significantly improved the starting skillset I had and learned a lot of new tools. The biggest learning opportunity is that I get to be involved in many different projects which always stimulate thinking from different perspectives.

Solya’s biggest advice for women looking to grow their careers in digital and ad tech is:

Education and continuous development are key. It is also important to not let external factors inflict self-doubt in one’s abilities as this is what blocks growth.

And as Solya said, “The sky is the limit!”

The Future Is Now

Sofía González Gil is one of Creative Click’s Product Managers. She’s been working in digital and ad tech industry, within different departments, for over two years now. During her first job, she was working as a designer. She then moved into working more with technical appliances. As a Product Manager, she’s in a sweet spot, having the perfect balance between managing technical aspects of projects as well as implementing creative input when it comes to creating new content.

Off the bat we were curious to know if Sofía was aware that she was entering a world mostly dominated by men:

I believe I was always aware in some way or the other. I never really pondered on it in a way where I thought it would affect me negatively though. “It’s a men’s world” is true to a certain extent, and it is less and less man-only. Women are now occupying more and higher positions in this field.

We then asked Sofia what she thinks the future looks like for women in digital and ad tech:

THE FUTURE IS NOW! There are already incredible women either leading or being part of this industry. I think in Europe, especially in The Netherlands, women are being less and less discriminated against. Society has taken steps in the right direction to include women in the ad tech workplace. Of course, this transition will take more than one generation to commit to this adjustment. But I am sure that we will continue to see more and more women not only in this but across all other industries as well.

Her biggest words of advice for women currently pursuing, or making efforts to pursue a career in digital and ad tech are:

Don’t be afraid. Understand that you might have to prove yourself more than your male coworkers in order to defy the gender stereotype. However, know that once you believe in your own value, your intelligence can never be taken away from you!

We hope that these stories will help future generations of women find inspiration and pursue their dreams in the digital and ad tech field. The truth is that the industry is making way for female leaders like Linda, Adi, Sharon, Solya, and Sofia.

We are proud and thankful for having them and all the other amazing women in our team, all of them committed to working towards the same dream.

In fact, as we say here at Creative Clicks: One team, one dream!