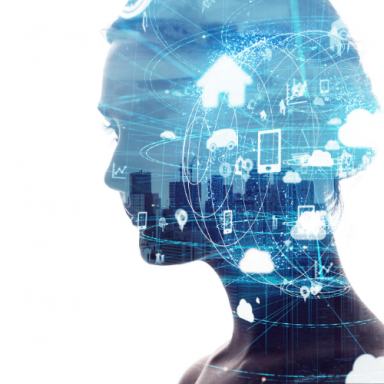 A shift in the Digital and Ad Tech Scene

Ever since, when thinking about the digital and ad tech scene, most people would associate it with male roles. This was also often confirmed by the fact that most positions were occupied by men. However, throughout the last decade, we have seen an important shift in this and more and more tech companies have increasingly committed to diversity in the workspace. In 2019, Netflix reported that 48% of its employees are female. Other major media and ad tech companies such as Accenture, Facebook, Linkedin, Appnexus, and Ericcson also make a point to prioritize diversity and gender equality amongst their teams.

Another great example of this shift in the digital and ad tech industry is Affiliate Summit Euro 2020. In fact, for this year, the association has decided for a 100% female speaker lineup. As stated in their website, after running the show for 16 years: “it has become very obvious to us that digital marketing events (including our own) are disproportionately represented by females. This is reflected in agenda line-ups across the world.”

In addition, and as also expressed by ASEURO20, it is important to give women the stage in efforts of raising the profile of transformational women and for younger women to be exposed to female leaders in these industries.

At Creative Clicks we strongly believe that diversity is key in the workspace and we support it throughout all our offices worldwide- 41% of our employees are female.

In honor of International Women’s Day which will be celebrated on March 8th, we’ve decided to interview five women amongst our Amsterdam and Tel Aviv teams. We asked them a few questions about their experience working in the digital and ad tech industry in this day and age.

Linda, Adi, Sharon, Solya, and Sofia discuss topics of work-home balance, gender intimidation, support systems, and the current state of the gender gap in tech. We are proud to say that each of these women is a reflection of the advancements being made in the digital and ad tech industry today.

Linda van Liempt has been involved in the ad tech industry for around ten years. She first entered the industry with her own startup but then eventually transitioned and joined us in 2013. Creative Clicks has had her for six years as a key figure for the operational side of things at our Amsterdam office. It was her own creation and ambition that led her to where she is now in the ad tech industry.

We started the interview by asking her if entering an industry mostly dominated by men was ever scary.

Her answer was quite the opposite:

I view my gender as an advantage in the field; my female view is an opportunity to bring something new and to stand out. It is simply untrue to regard me at a disadvantageous position for being a female in ad tech. I recognize that in the past I’ve been outnumbered by male coworkers, a ratio of about 9 out of 10. But that’s never altered my ideas one bit.

In regards to what the biggest challenge for the next generation of women is and what a strong role model looks like, Linda said:

Women in ad tech have been and continue to be in the midst of a lot of men. It means that women should be supporting women. Women tend to see other women as competition, it seems to be a natural behavior. It’s important to recognize this about yourself and be very aware when you notice such kind of behavior. Women should be bringing each other up because at the end of the day one woman’s success is every woman’s success.

This is how Linda thinks that women can support each other:

It would be good for the next generation of women in ad tech to be more open and to reach out to female mentors more often. Women should be asking other women for advice and should be more supportive of each other. This will open doors in all areas, not just in ad tech. It’s all about the attitude women have toward each other.

We also asked Linda to provide us with a piece of advice for women looking to grow their career in digital and ad tech:

At the end of the day, it’s your drive and your passion that truly matter. Don’t be intimidated and make sure you show everyone what your added value is. This is applicable to all women in every field that regards themselves as an asset to a team. There is an urge for women to make sure that they continue to learn as much as possible and to inspire others in doing so.

Linda truly believes that the industry is changing and that technical studies are becoming more and more popular among women. The ad tech industry is increasingly offering great opportunities for women to be part of things that can change the future.

And as Linda happily concluded, “Who runs the world?… Girls 😊”

Adi Kachanes entered the ad tech industry four years ago when she joined the Creative Clicks team in Israel. Adi has worn multiple hats in this industry as a media partnership manager in the video department, a leader in client success in the mobile department, and now currently as a key figure in sales and push operations.

We asked Adi what it’s like to be working in an industry often dominated by men:

The truth is that my office is very equal amongst genders. I didn’t realize that the ad tech industry was mostly male-dominated when I entered it because of how many women work at the Israeli Creative Clicks office. Regardless of that, I do recognize the universal gender gap that currently exists in my profession.

And this is how it makes her feel:

Although I am not currently experiencing it at my workplace, I still feel the societal differences between my career as a woman and my male colleagues’ careers. Married and with an 18-month-old child, I am no stranger to managing a work and home balance. I’m a young mother that has to go out and pick up her daughter on a daily basis so I can’t give the same hours as my male colleagues. These circumstances don’t bother me, because most of my colleagues are women and have similar experiences. But I see how my male colleagues don’t have the same kinds of limitations.

We asked Adi what she thought was the biggest challenge as a woman in ad tech:

Work-home balance is a common difficulty in many people’s lives. And oftentimes, this reality is especially true for women. I think that the biggest challenge for women is the conflict between family and career. With each generation, there are more women who decide not to start a family because they want to develop a career. We should support each decision and stop being so judgmental.

So, is it about choosing between career or family?

I believe that as a woman, one shouldn’t have to choose between the two. Being a mother and a wife doesn’t lessen the quality of my work and ambition in the slightest. And it shouldn’t lessen yours either. It’s true that women face this struggle but my hope is that women will continue to fight for what they want without thinking too much about people’s opinions.

When telling us about her biggest success as a woman working at Creative Clicks Adi said:

I experienced a high-risk pregnancy when I was pregnant with my little one. This meant having to leave the office for the entire duration of my pregnancy. During all this time I have done everything to stay updated and keep learning about the changes in the industry and when I came back it felt like I never left.

Curious to know the other career stories from Sharon, Solya and Sofia? Then follow us on our social media and stay tuned for PART II.