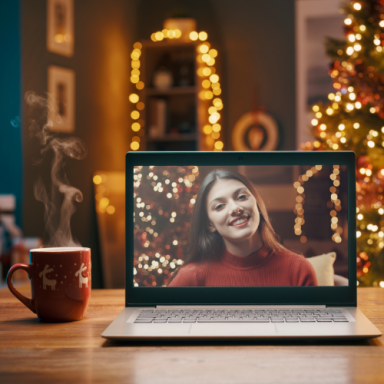 2020 was one of the most memorable years ever.

Though the year was dominated by COVID-19, we wanted to compile a list of the 20 marketing events and happenings which defined 2020.

So without further ado…

1. COVID-19 breaks and CC China Closes: Before most people in Europe and North America were too concerned about COVID-19, our China office closed, alerting us to what was to come.

2. Global Marketing Events Close or Go Online due to COVID-19: Starting with Mobile World Congress in Barcelona, canceled on February 12th, all marketing conferences including SWSX, the Cannes Lions, and Advertising Week were canceled or moved online.

4. Let’s meet… in Zoom: With many stuck at home, everything from schools, clubs, work meetings, and other social gatherings migrated to Zoom. Peak daily meeting participants grew from about 10 million in December 2019 to more than 300 million in April 2020.

5. TikTok soars: Social media was more critical in 2020 because of social distancing. TikTok took advantage of this trend, tripling its users since 2018 and becoming the most downloaded App of 2020 according to Appfigures data. In 2021, App Annie expects TikTok to join the exclusive club of apps with over a billion monthly users.

6. Streaming+: 2020 is the year when streaming exploded after the late 2019 launches of Disney+ and Apple TV+ and the 2020 launches of HBO Max and Peacock – all challenging Netflix.

7. CC turns 10!: This summer, Creative Clicks celebrated the company’s 10th anniversary. Though we expect to host a proper 10th-anniversary celebration in 2021, we hope you’ll be with us for our journey to 20. Here are our core assets that empowered us to get to 10: https://creativeclicks.com/blogs/10-for-10-the-10-core-assets-of-creative-clicks-as-we-turn-10/

8. Dating goes virtual: With clubs, bars, coffeehouses, and restaurants closed or enforcing social distancing for much of 2020, dating went in-app and virtual. Tinder experienced a record-breaking 3 billion swipes on March 29th whileOkCupid saw a 700% increase in dates and Bumble experienced a 70% rise in video calls this year.

9. Games continue growth in 2020, particularly on mobile: Gaming analytics firm Newzoo predicts that mobile games will generate revenues of $77.2 billion in 2020, an increase of 13.3% from 2019. And according to data compiled by DCI, mobile games now account for 51% of mobile gaming revenue vs. 49% for PC and console games. The breakout game which has actually been around since 2001, Animal Crossing, gained fans among users and marketers alike in 2020.

10. CC in PerformanceIN: As our CEO and founder Raymond Kokken said, never was it more important to ‘have a plan’: https://performancein.com/news/2020/07/20/always-have-a-plan-in-case-of-a-crisis/

11. 2020 Tokyo Olympics delayed until 2021: These games would have been the biggest marketing event of 2020 and they will still be called the 2020 Tokyo Olympics in 2021. Not since World War II have the Olympics been delayed. Incidentally, the delayed 1940 Olympics were also supposed to be held in Japan.

12. Twitter hacked: A security breach resulted in 130 Twitter accounts of prominent people including Barack Obama, Elon Musk, Kanye West, and Bill Gates being hacked in July to tweet a Bitcoin scam to millions of their followers.

13. Apple announces mobile tracking changes: In the summer, Apple announced that with iOS 14, out in September, iPhone users would see a pop-up window when opening an app, warning them that this app is tracking their data to offer personalized ads, and giving them the option to block the app from doing so. Later, Apple delayed the roll-out of this functionality to track users or access their device’s advertising identifier (IDFA) until 2021. As of writing, we’re waiting for a revised timeline from Apple.

14. Reel in the video views on Instagram: In August, Instagram launched Reels, a new way to record and edit 15-second multi-clip videos with audio, effects, and new creative tools. Later in the year, Reels started offering shopping functionality through the “View Products” button which lets users buy, save, or learn more about the featured products.

16. Quibi: The short-form streaming platform for viewing content on mobile devices launched on April 6th with much fanfare after raising $1.75 billion but ultimately announced that it was shutting down on October 22nd after it failed to generate enough subscribers, users, or revenue.

17. Wellness? There’s an app for that: From online therapy and counseling apps Talkspace, BetterHelp, and Brightside to meditation and mindfulness apps Calm and Headspace, mental well-being has been an app trend in 2020.

19. And the best holiday ad of 2020 is…: In a year where we needed something special, German pharmaceuticals company DocMorris delivered: https://www.creativebloq.com/news/doc-morris-christmas-ad

20. Waiting for 2021: It’s just been that kind of a year. With the vaccine beginning roll-out in December, we’re counting down the hours to the New Year!